In the late 1800’s the Edward T McGilligan family (Proprietor of the Wisconsin House in Arena WI 1882) left the family homestead in Iowa County moving to Madison where he long career at the Madison water utility. Their home was located at 447 W. Doty Street Madison. 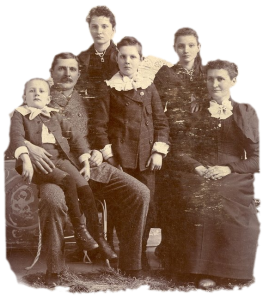 Their sons John (Jack) and Thomas began their furniture careers working at the Baily Furniture Company located at 412 State Street. Jack, worked his way through the ranks achieving a Vice President position and his brother Thomas was Secretary and Treasurer. 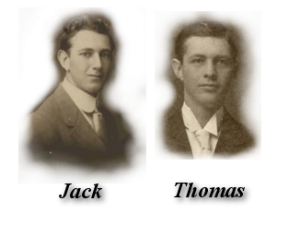 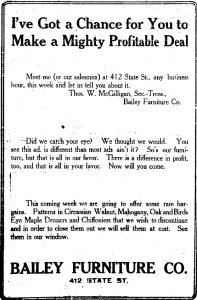 In 1917 John Edward (Jack) McGilligan decided to go out on his own leaving the Bailey company and establishing "J.E. McGilligan Furniture – Upholstering and Repair" at 213 State Street Madison WI . As you can see from his slogan "Conservation is Patriotism" in his 1917 Wisconsin State Journal ad (right) Jack was thinking "eco-friendly" well before it’s time. 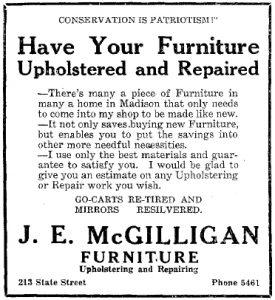 By 1920 the shop had moved south to West Washington Avenue. Near the intersection of Park and West Wash. The 1920 Capitol Times (below) shows the shop at 823 West Washington Ave (Now Brittingham Park).  The correct location could be near the corner of West Washington ave. and Bedford St. Stories have it that John McGilligan Jr. used to play at the Joyce Funeral Home next to his father’s shop. 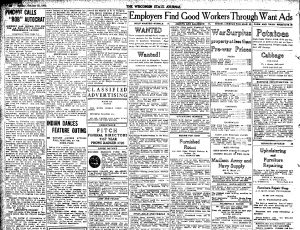 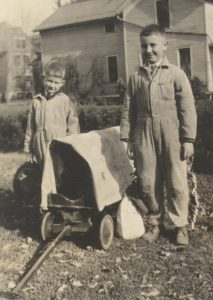 Jack, his wife, Frances, and their children John, Jr., William, and Rosemary resided at the at 435 West Main Street in a four-bedroom home in front of "The Furniture Repair Shop" . As the business continued to grow, a large addition to the workshop was added, and the original building became a storage and warehouse area. At this location they refinished, repaired and reupholstered.

As Jack became well known in the area, he custom designed and built his own furniture growing the business sufficiently to hire and train other craftsmen. In the Depression years, Jack worked for the City of Madison Street Department during the day, and by night he took care of the family furniture business with son’s Bill and John helping out. 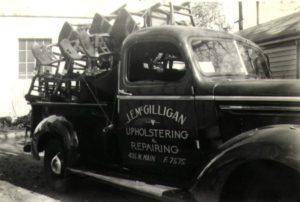 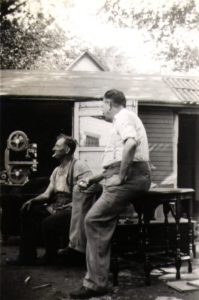 In 1943, a year before his death, Jack retired and his oldest son, John Edward Jr., took over the business after working at a downtown Madison service station named the Collage Service station. It was located on University Avenue where Bill’s Key shop is today (2019). William "Bill" McGilligan, who had been living in California, returned to Madison in the late 1940’s and joined his brother. 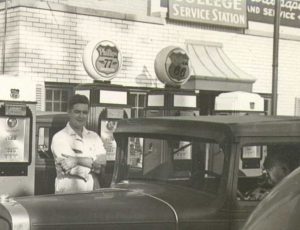 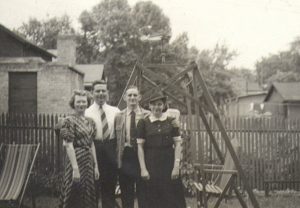 In 1951 the family home at 435 West Main Street street and upholstery facility were sold, and Jack’s sons John & Bill moved "the shop" to a new building at 5106 University Avenue. At this location McGilligans expanded into carpeting, wall coverings, lighting, furniture care products, and more. Austin " Mac" McDermott the spouse of Rosemary (McGilligan) McDermott (Jack’s daughter) began working for McGilligans during this time. 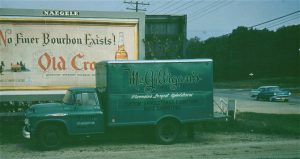 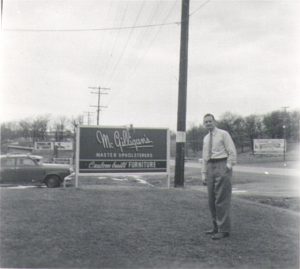 Bill McGilligan stayed with the business until 1975 when he moved back west to San Clemente California to retire. In San Clemente Bill was was very active with many conservation groups. Bill’s devotion to helping people, animals, and the environment got it’s roots in his native Wisconsin where he helped to found the Wisconsin Chapter of "Wetlands for Wildlife". 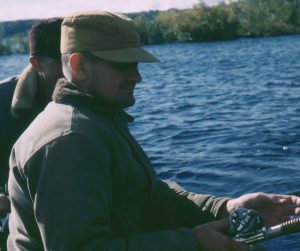 In the mid 1970’s McGilligan’s moved further out University Avenue to the Gateway Mall in Middleton, Wisconsin. Here they continued to grow by expanding into commercial markets the included restaurants and medical facilities. At the same time McGilligan’s was still continuing the family tradition of custom furniture upholstry.

Tim Gavigan, John’s oldest grandchild, worked at McGilligan’s briefly in 1983 and then again in 1988 until eventually pursuing his own business venture OldCabin Internet Services. "OldCabin" has designed, hosted, & maintained the McGilligan’s web site since 1998. 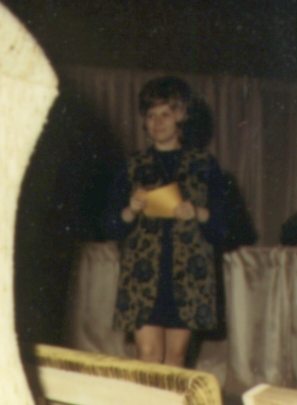 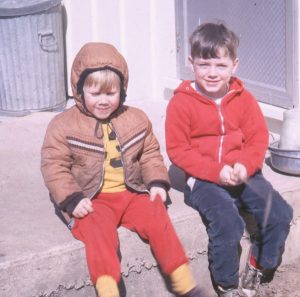 In 1984 McGilligan’s Interiors Inc. moved from their Middleton location to 5262 Verona Road on Madison’s far southwest side (currently occupied by the “Roughing It In Style” Furniture Store).

During the ’80s and ’90s McGilligans expanded to include Pennsylvania House & other fine furniture lines.

McGilligan’s was no longer just an upholstery shop, they were complete home furnishing specialists. A comprehesive interior design staff combined with a top knotch upholsterers creates furniture that will last lifetines.

Patricia (McGilligan) Gavigan Buffy’s sister joined the family business and worked there until 2004. Pat’s son Joseph worked for a period at both Design Tec and McGilligan but decided to leave for a sucessful career with Intel corporation.

Chris Stevens Buffy’s youngest son like Brad, began working at “the shop” doing odd jobs for as long as their mother had owned McGilligan’s. In the ’90s Chris began his “real furniture career”.  Like his grandfather John & his cousin Tim Gavigan, after a brief career working at madison service station, Chris too began working at McGilligan’s. Just like everyone does he started by doing deliveries/pick-ups, sweeping, and stripping the furniture (preparing it for the upholsterers).

When Chris transitioned from the back-room to selling Pennsylvania House furniture in the showroom he found his real calling….. furniture sales. Chris left McGillgan’s in 1999 to work as a Midwest Territory Manager for DeCoro, President at Violino Ltd., and currently President of Urban Chic Upholstery.

From time to time Chris and McGilligan’s collaborate on various furniture projects. 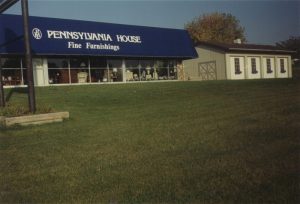 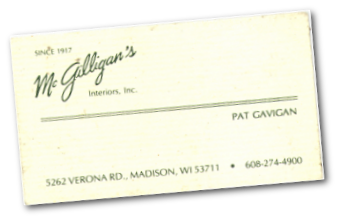 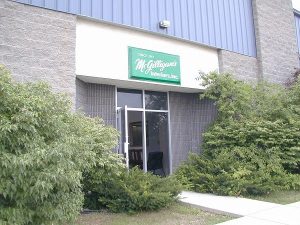 In December of 2014 “McGilligan’s” turned a new page and moved to 2912 Syene Road Fitchburg, Wisconsin where they are contined the McGilligan family tradition of Custom furniture and Upholstry. 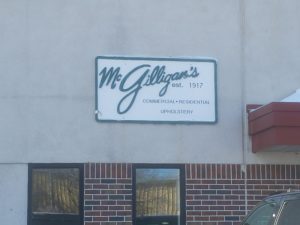 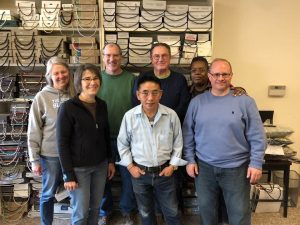 In May 2017 "McGilligan’s" turned 100 yrs. old. With our one hundred year anniversary come more changes. Brad Stevens has sold his Stickley furniture store and has rejoined McGilligans in a more active capacity. 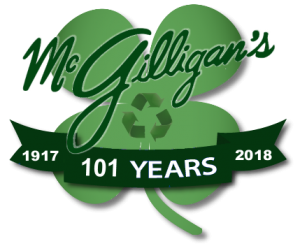 In December of 2018 McGilligan’s “the shop” closed. The owners decided to hang up their tack hammers. Some retired and some moved on.

Good news!! Tim Gavigan, the brother and cousin of the former owners Dan Gavigan and Brad Stevens, with the help of his daughter Mary Kate, and Kunga Sampo has decided to try to keep the business going at a very small scale.

Hand down those treasured heirlooms to the next generation